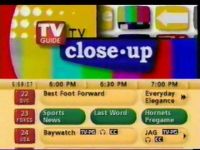 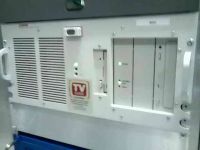 STB Systems, Inc built a custom card for these units, which they referred to as the TULSA. The card was designed for real-time mixing of video and graphics in a broadcast-quality manner. The card's functionality included an MPEG-2 decoder, composite video encoder/decoder, video genlock decoder, two graphics accelerator ICs, an 8-bit alpha video mixer, and audio pass-thru. Since this card is important for Hollywood to run in hardware mode, as of February 2021, nobody has been able to get it to work under a virtual machine. The only way to get around this is by installing it under Software Mode.

The Hollywood software was built with the STB TULSA in mind, and as such is paramount for the software to run properly at all. Despite this, the software also allowed for a software-only mode, which restricted a lot of its features, including its scrolling capabilities, in a similar fashion to PC Prevue. For storing its data, the software relied on SQL Server 7.0 for listings, the guide's theme, and weather conditions.